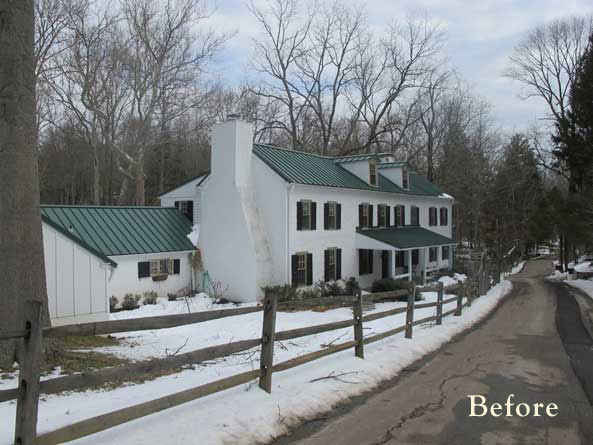 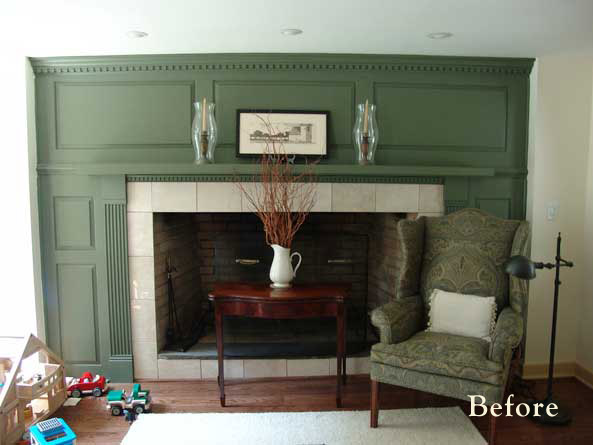 Our client recognized early on, with the assistance of Richard Buchanan of Archer & Buchanan Architecture, that their home needed to find its original voice. Thoroughly understanding how people from yesteryear lived and used their homes, they began the process of re-imagining it. So, off came the chimney that had been tacked on the outside, a window was added, and a new chimney rebuilt into their existing home to better radiate its warmth –  just as it would have done almost two hundred years ago. The results are stunning… 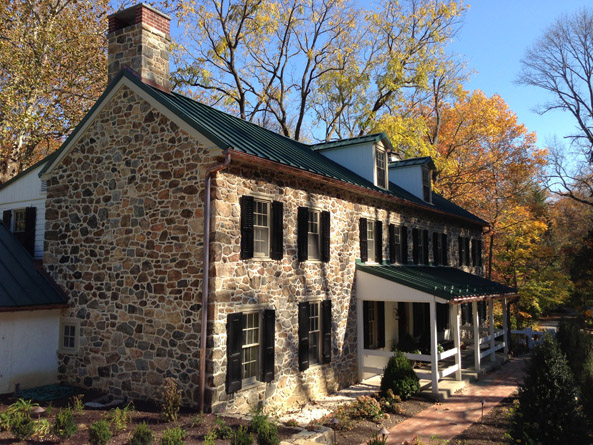 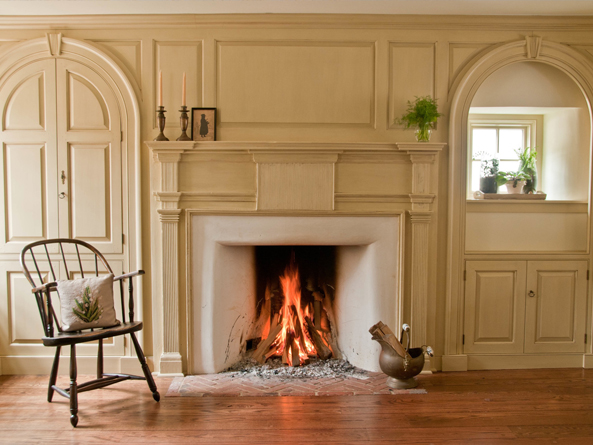 Of course between the “Before” and the pretty “After” photos, found in our portfolio, there are a few intermediate steps… 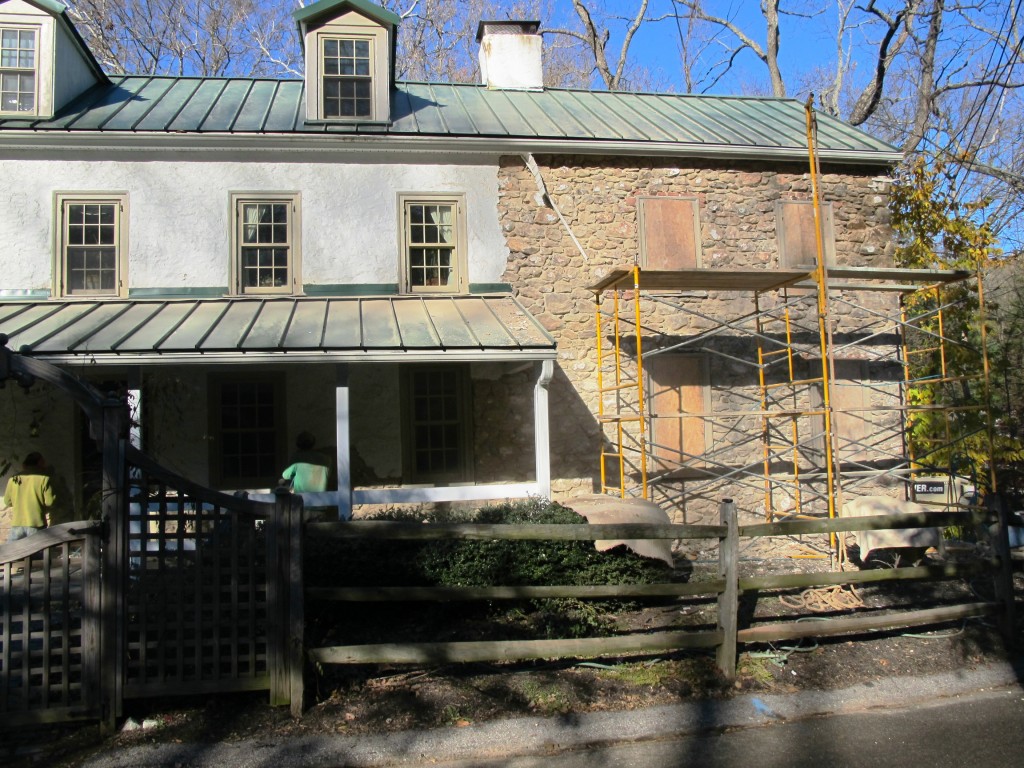 Down comes the “tacked on” chimney from a 1970’s renovation project and the owner and architect select a pointing style for the stone from a test section prepared by the mason. 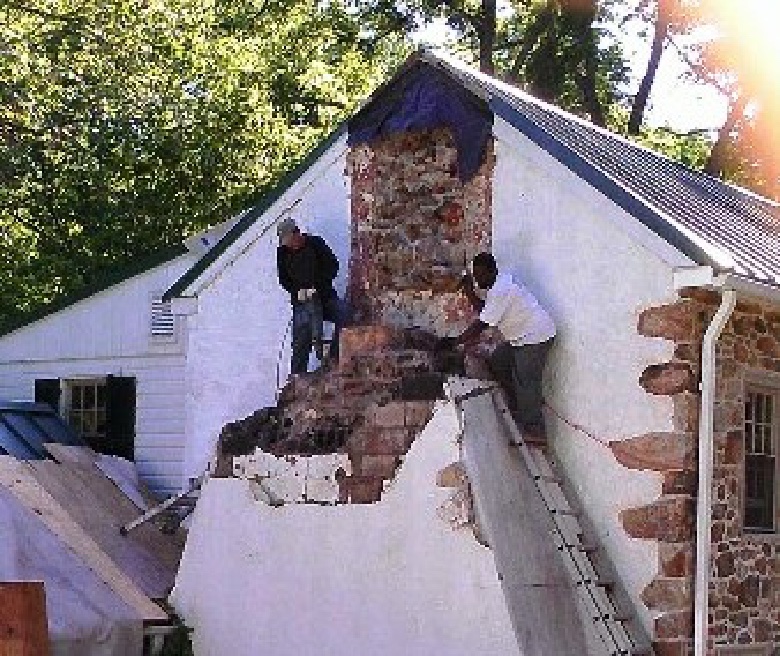 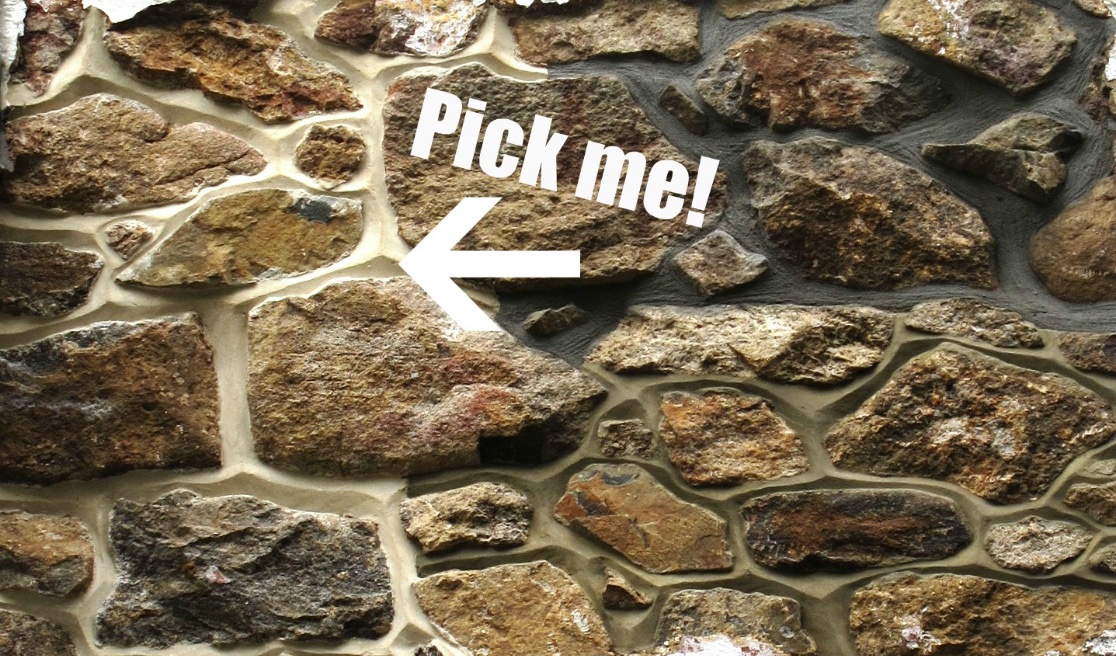 With the stucco removed, the carpenters can begin repairing the problems it previously concealed. In this photo, Gary is installing a new frame for a window that was not sized properly. 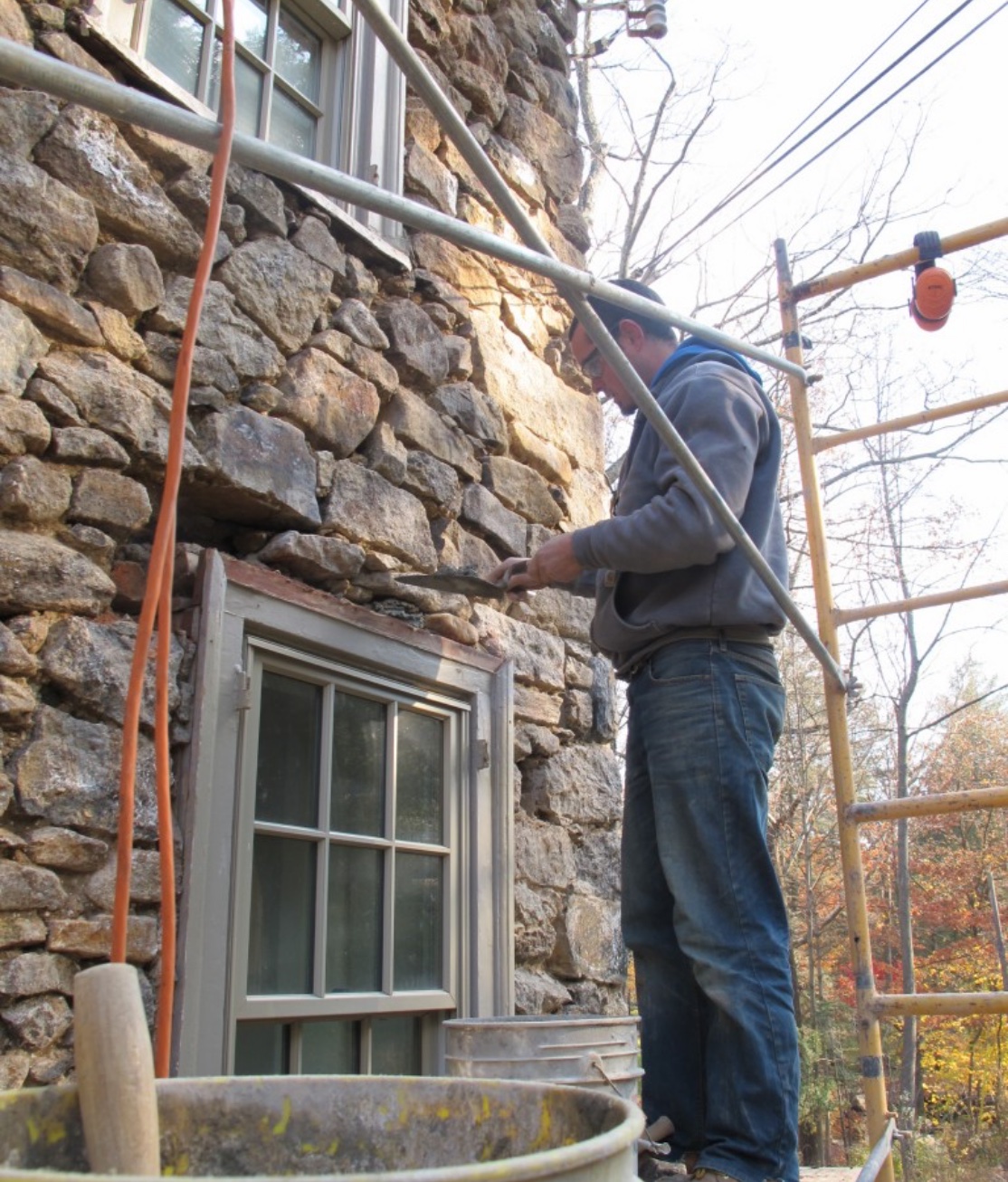 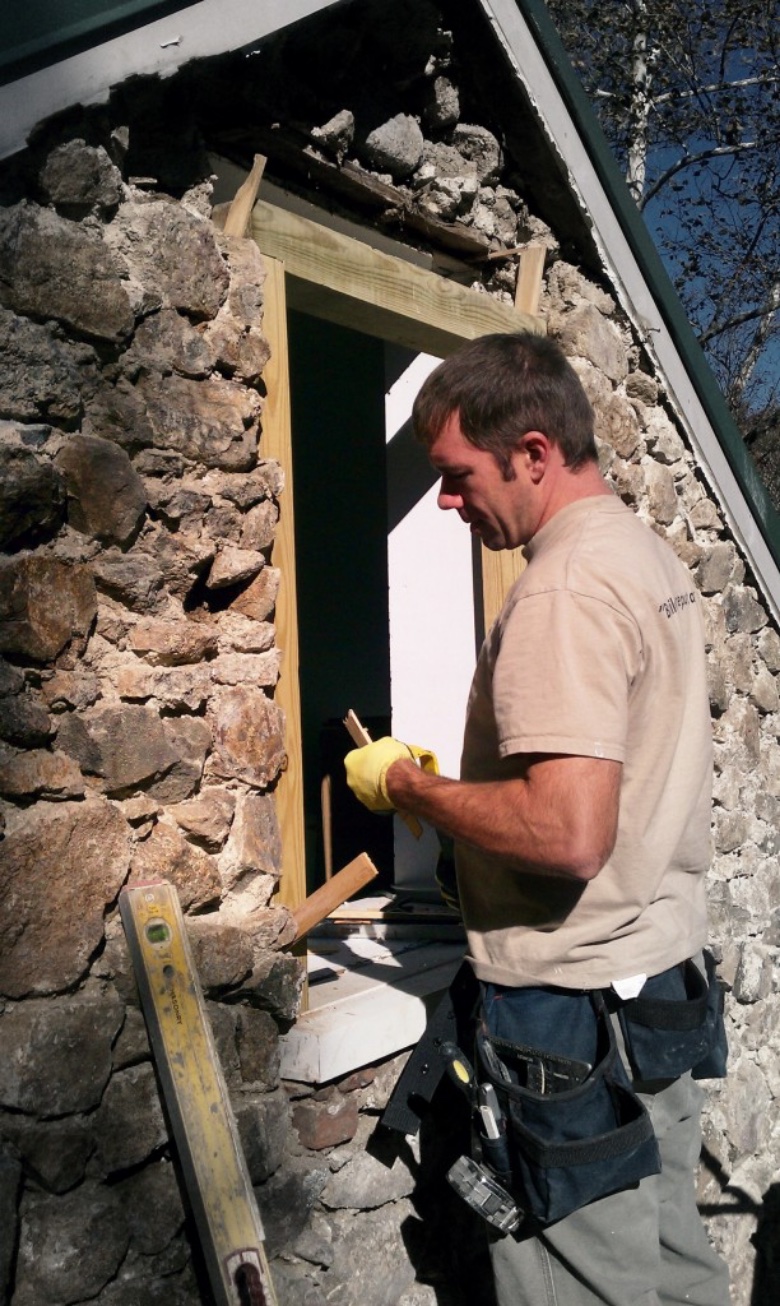 Here’s when the 1970’s chimney was completely demolished. A channel of stone was gouged out from the 1st floor of the home through the peak of the 3rd floor gable. Notice the new chimney firebox under construction and the red chimney flue rising. 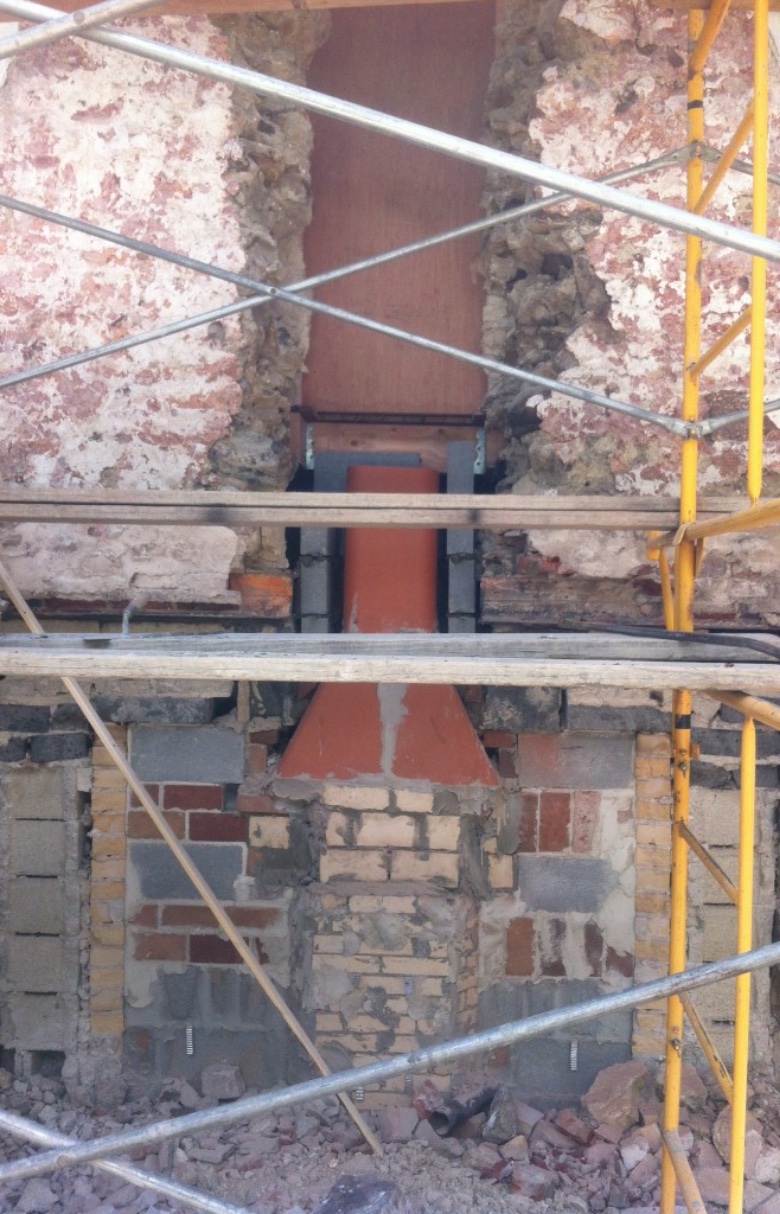 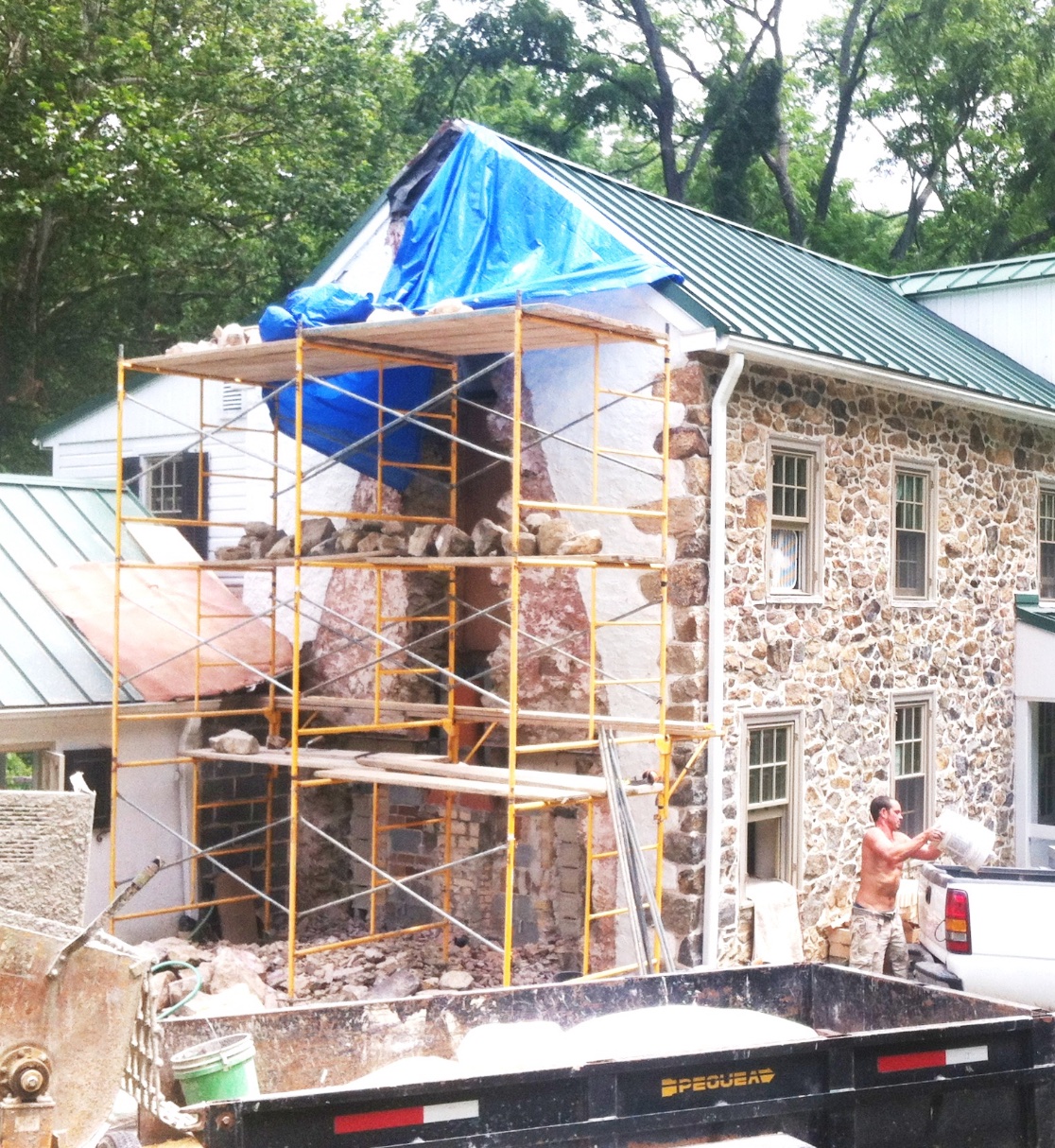 The opening has been made in the wall to accommodate a window to the right of the fireplace inside and you can also see the reclaimed Herringbone brick pattern in the hearth. Meanwhile the finishing touches are added to the chimney outside. 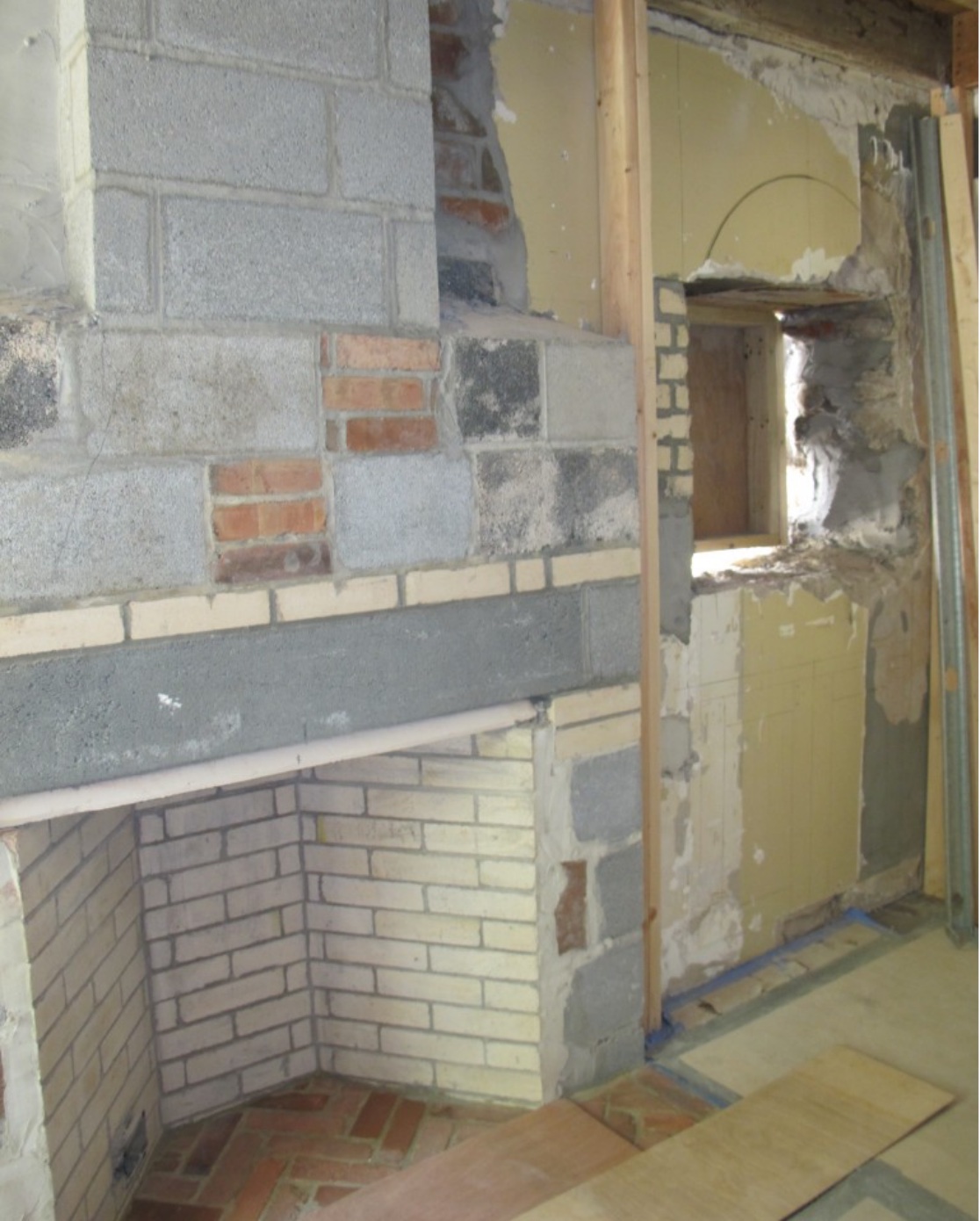 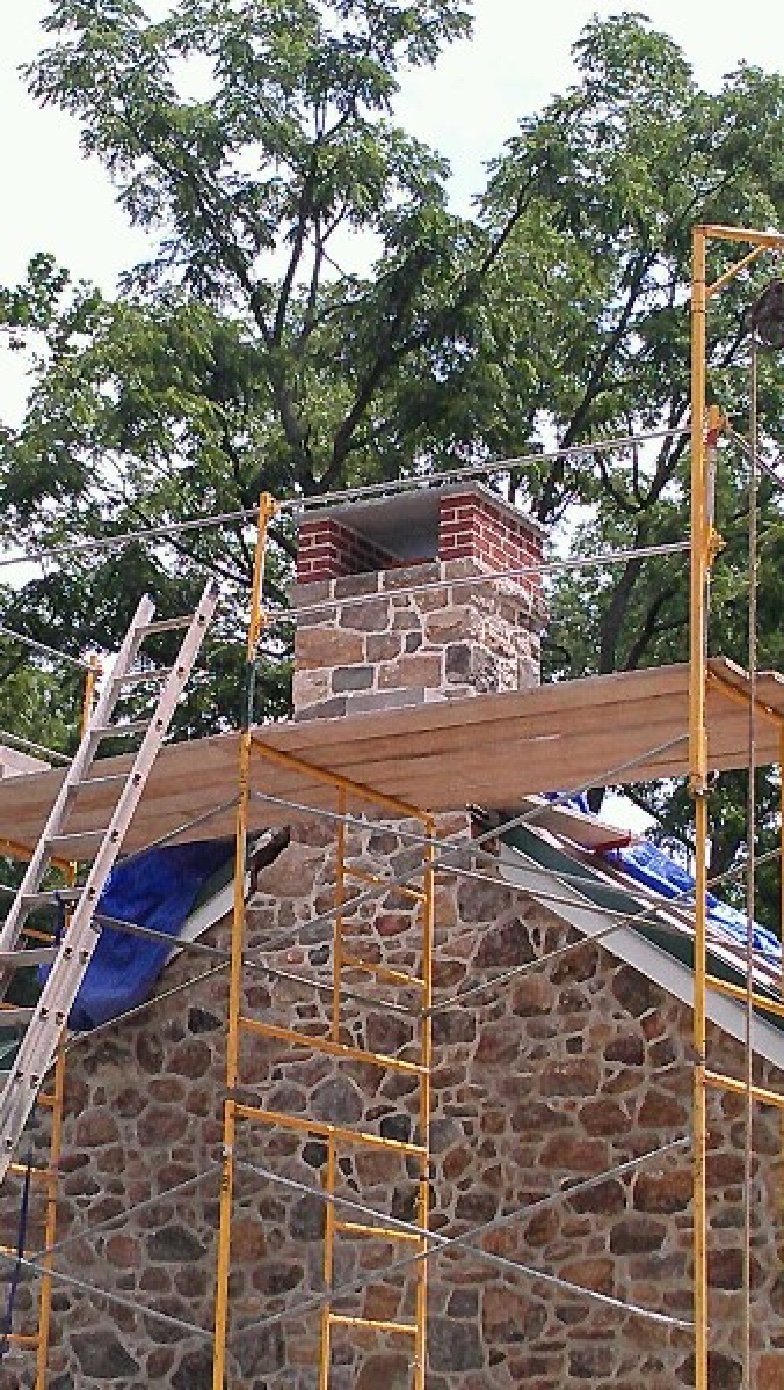 At what point do you just give up? A two-hundred-year-old structure had been in the family for many years, standing vacant for 12 years prior to our involvement. Assessing the initial condition, we all committed to forge ahead – uniting classic processes and materials with new ones to make the 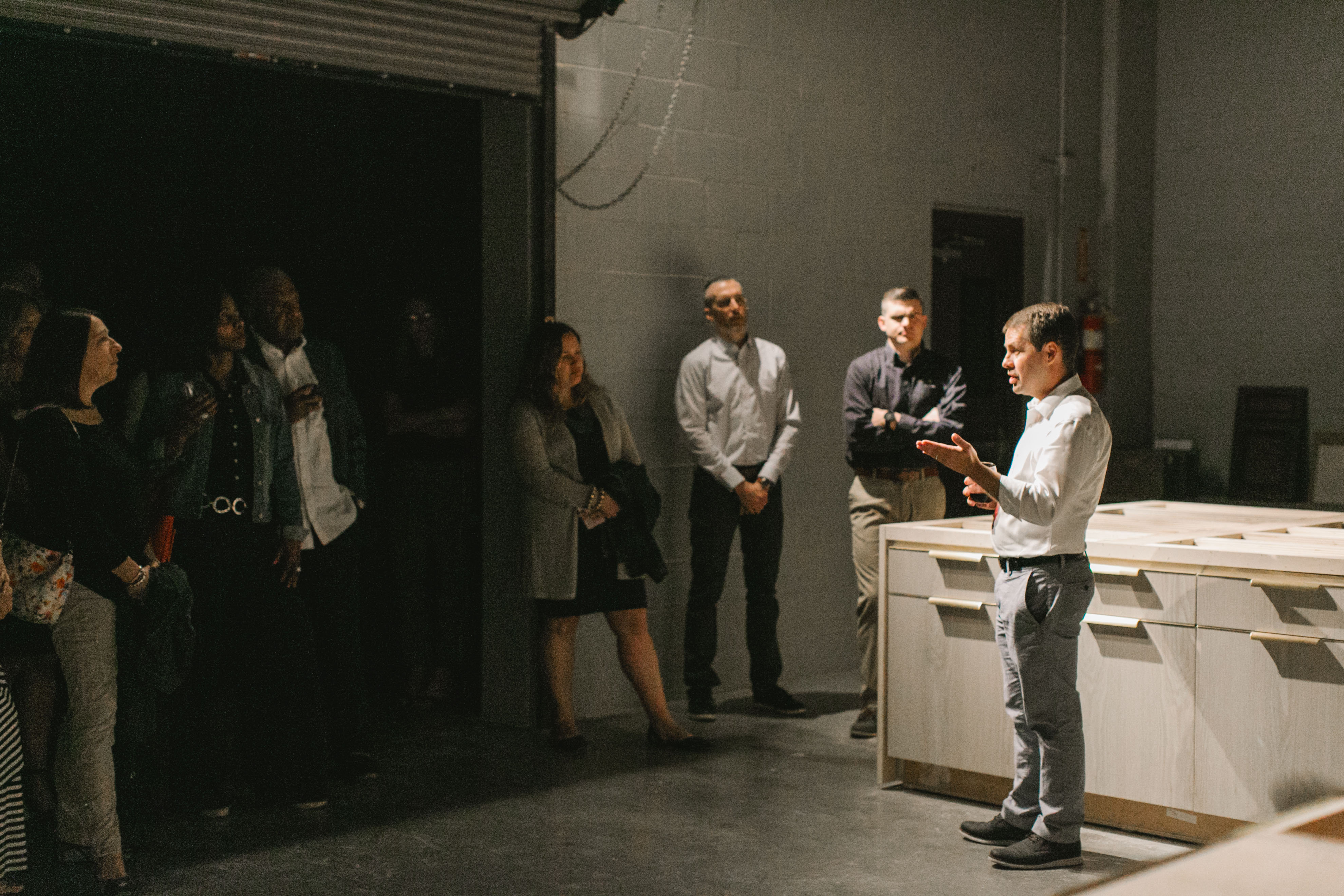 The Metzler family announced a partnership with Gaggenau, an international manufacturer of

As the school year begins, we realize how important it is to begin the year organized and ready for

Everyone getting into last weeks Century Cabinet Factory Tour! Way to capture the moment Bonnie!